We have never been in a time when more people have been as divided, it’s as if there were an underlying philosophical force at work to keep the world as separated as possible, but that is not our calling. 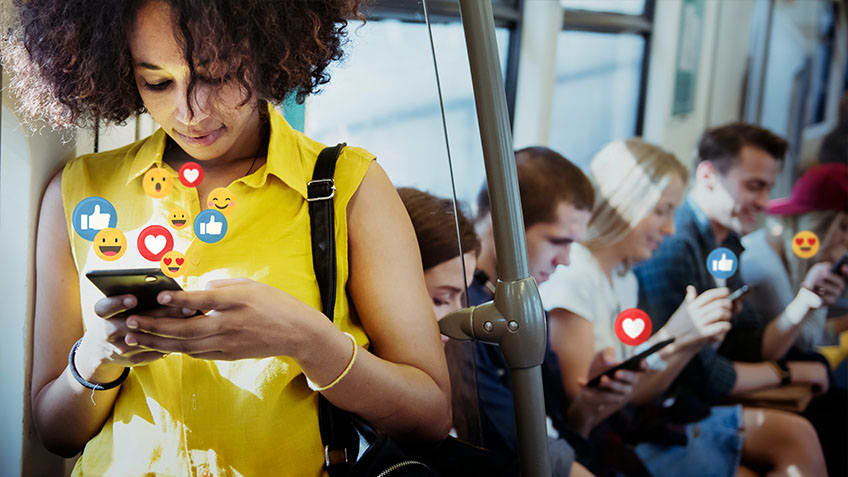 We have been called to be individuals celebrating individuality and the rights of others. You should,

Think for yourself and don’t judge others for doing likewise

How simple is that? The concept is simple, not unlike the Golden Rule,

Right now, the attentions of the earth’s inhabitants are being controlled by the media, television, news agencies, entertainment industries of all kinds, and social media.

In the last few years, social media has proven to be the most effective tool for influencing mass consciousness in history.

While the COVID pandemic has all but shut churches down, and sent hundreds of millions of people home from work, social media has provided the world a way to communicate and express themselves via the Internet. These powerful social tools can be enormous in their ability to allow the world to connect and become one. In a sense, uniting humanity into a cohesive oneness.

Not unlike the prayer of Jesus,

With laws passed during the pandemic to limit church gatherings, many of them took to the Internet, learning to use social media as a way to continue their ministries, while others just closed their doors and waited for a legal “all clear” to be sounded, so that they could resume their in-person gatherings and ceremonies with the State’s blessings.

The people who run these platforms are brilliant. They know how to capture the attention of most, if not all, users. They monitor your every move. They know what you look at, for how long, and know what it takes to click or scroll.

And they have discovered that the average human being will spend far more time on their devices and using their platforms if they are upset or disagree with some concept. So, they place the news that upsets you prominently placed and match you up with posts and memes that you disagree with, the more upsetting or disagreeable the better, because they draw you into their web, and

These are actually the most prosperous and glorious days that the world has ever seen, but you would never know that because there is not a word of it being broadcast. The good news is being muted, and the bad news is being promoted because it is highly profitable. And we, most of us, fall for it every time.

Wait. The churches. Their members. They are online, now. What about them? Apparently, they ignore St. Paul’s admonition to,

“accept the one who is weak in faith, but not for the purpose of passing judgment on his opinions… Who are you to judge the servant of another? To his own master he stands or falls; and he will stand, for the Lord is able to make him stand.” ~ Romans 14:1-4

Instead, followers of God, believers, and faith-conscious people of all kinds are not thinking about the Golden Rule as much as they are falling into the trap of separation promoted by the media.

I believe that Jesus and St. Paul basically said the same thing as I have been saying,

Think for yourself and don’t judge others for doing likewise.

I am surprised at how hard this is to get seated into our hearts, and I know it runs against our instinctual survival mechanisms. We are all programmed to defend ourselves when there is danger near, and the media puppeteers know that, and that is where the money is.

Even so, there is a growing number of social media users who are exercising their right to be part of the solution and not to respond to negative news or media, to only spread good news, and to promote love and light.

Note: There is a hidden advantageous reward for you doing this. Have you ever commented on or reposted something you didn’t like with the intent to raise awareness of something that turned out to not be true? (They call that “clickbait.”) How embarrassing is that? Now, you will never have to worry about doing that again. 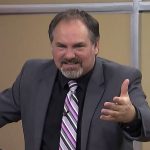 Wise words for those of us who are attempting to take the high road, to avoid the trap, and to spread love and light only.

I think what I have been saying could be stated better as,

“Think for yourself and love others likewise.”

That may be a stretch from where we are now, but I think we can get there from here. I feel it in my heart that we can do this.

We know that when you react to or post negative media, you add energy to that which you do not want. If your desire is to have less of that thing, whatever it is, in the world, do not react to or repost it, and for God’s sake, don’t speak about or post anything about something that you have not proactively been a part of the solution for.

For instance, if you are against cruelty to animals, and you are going to respond to a negative post about the cruelty to animals, you better be a regular contributor to the ASPCA, or have made a donation to a similar organization, elsewise you have no right to speak about the subject, and any response that you make will only promote the animal cruelty. And so it is for anything else you do not agree with. If you are not a part of the solution, and you only add energy to anything you oppose, you are only promoting the problem.

If what you want in the world are love and light, then react to those things positively, post, and share those things.

Use the tools that are available to you to achieve your highest and best. Live a better life, your best life, and make the world a better place.